is part of the Informa Markets Division of Informa PLC

This site is operated by a business or businesses owned by Informa PLC and all copyright resides with them. Informa PLC's registered office is 5 Howick Place, London SW1P 1WG. Registered in England and Wales. Number 8860726.

This session will provide actionable information on how building technologies can be leveraged to create safer, healthier and more productive work environments in buildings during a pandemic. The new era has required us to refocus efforts in building technology, operations and design for disease prevention and occupant health. The speaker will be discussing the contributions of leading industry experts who have provided evidence-based solutions for healthier environments. 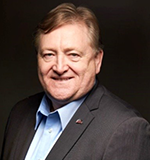 Ron Zimmer joined CABA in 1997 working with industry leaders who promote integrated systems and home/building automation throughout the world. CABA’s members include manufacturers, dealers, installers, service providers, energy utilities, builders, consultants, research organizations, publishers, educational institutions, governments, associations and content providers. In addition to working closely with the CABA Board of Directors, Ron is actively involved with a number of industry committees/councils including the CABA Intelligent Buildings Council, CABA Connected Home Council, and represents CABA on the Automation Federation Board of Directors. He is also on the Advisory Board for IBcon, an intelligent buildings conference hosted by Realcomm. He is also on the Advisory Board of the International Federation for High Rise Structures 2019 Conference in Singapore. During an AHR Expo, Ron was recently appointed to the 2018 ControlTrends Hall of Fame. In June 2019, he was recognized as Top 50 Most Impactful Smart Cities Leaders Award. He was instrumental in establishing the CABA XML and Web Services Committee (oBIX), which now resides with OASIS. He was also on the transition team that integrated the Internet Home Alliance into CABA, which became CABA’s Connected Home Research Council. Ron is a Certified Association Executive with over 30 years of Association Management experience.  He has authored a number of articles and documents including, “Smart Communities: A Concept Paper,” and he regularly makes presentations on integrated buildings and home/building automation at many international industry events.